Before I start, I just want to say that I’m no medical expert or fitness expert. However during my 3 month fitness journey, I have learnt a lot and have experienced such a change in my body that meant I lost nearly 2 stone in 3 months so I wanted to share the following.

It was the 30th of June 2014 when I was in my room getting dressed. Usual routine, select clothes from cupboard, put them on, head into the bathroom etc. However on this particular date, something changed. I took my top off to put the new top on and looked in the mirror. I couldn’t help but notice but my stomach was looking more like a barrel than anything before. It was at this point I knew I had to do something before it all went horribly south. I decided it was time to change, stop eating the junk food and start eating healthy. Time to actually get off my arse and do something more strenuous than walking to the train station.

Now, don’t get me wrong everyone has a weight or a shape that they would love to achieve. For me personally, I’ve always wanted that ‘6 pack’ or that ‘built’ look you see all the time. But for years, I just didn’t have the time or the enthusiasm to actually do something about trying to get that look. But as the years go on and at the time I was 31, I knew that age would start creeping up on me and with the age comes health risks, problems and the inability to actually achieve the body I wanted. So more than just having the ‘look’ I knew that I should start focusing on my health now, before it may be too late.

I’ve always remembered as a young adult growing up that I was ‘always’ just 11 stone (69.8KG). I used to wear 32″ waist trousers and well, ‘medium’ tops would always fit with some room left over. As time went on, married life happened, three kids later and a stable desk job …. those figures soon start to change.

My daily routine would normally consist of something along this routine:

Wake up at 6am, get to the office for about 8am, have breakfast. That would range from either a bowl of cereal (sugar based) or something fried, such as eggs on toast, hash browns, beans, and mushrooms. Then that would be washed down with a coffee, milk and two sugars.

Between breakfast and lunch, I would normally have snacks. That would consist of crisps, a chocolate bar and maybe some fruit if I was feeling healthy.

Then for lunch, I would practically eat anything. Usually this would consist of 1/2 a chicken, peri chips and a side, together with olives and a fizzy drink. Then, depending on the company a carrot cake would also go down nicely.

Then, between lunch and dinner I would snack on more crisps, and again depending on company another chocolate bar!

Then dinner time would come. I can’t even list what I used to have for dinner but I can certainly tell you that it was piled to the top in a mount everest like shape and that would all be gone pretty soon.

Then, late night / midnight snacks … we all love those right? Yep – I was no stranger to those. More crisps, fruit, pop corn and other needless snacks were being consumed throughout the evening.

I wanted to start a ‘new me‘ and do something about that stomach! However, I wanted to do everything naturally and properly. I’m not into all the gimmicks of milkshakes, pills or other funky herbal stuff you can buy. I’m sure they may work for many, but I wanted to keep it real. Pure natural.

I decided that I would swap my sugar for sweeteners and I wouldn’t drink milk in my coffee. Just by doing this, I’d be saving a total of 800 calories per day. I then decided that I needed something to snack on, something to replace the crisps and chocolate. I found that celery sticks were great, they are tasteless but you actually burn more calories than you consume eating those things. If celery isn’t for you, try cucumber, carrots or similar watery based foods.

I will say, that for the first 3 weeks of the fitness regime, I wasn’t a complete salad eater, I did still have the occasional treat as I tried to wean myself out of the eating routine. Also, I didn’t do any exercise for the first 3 weeks, just monitored my calorie intake using the ‘My Fitness Pal – Calorie Counter‘ app. This app suggested that I consumed 1,200 calories to achieve a weight loss of approximately 2 lbs per week. 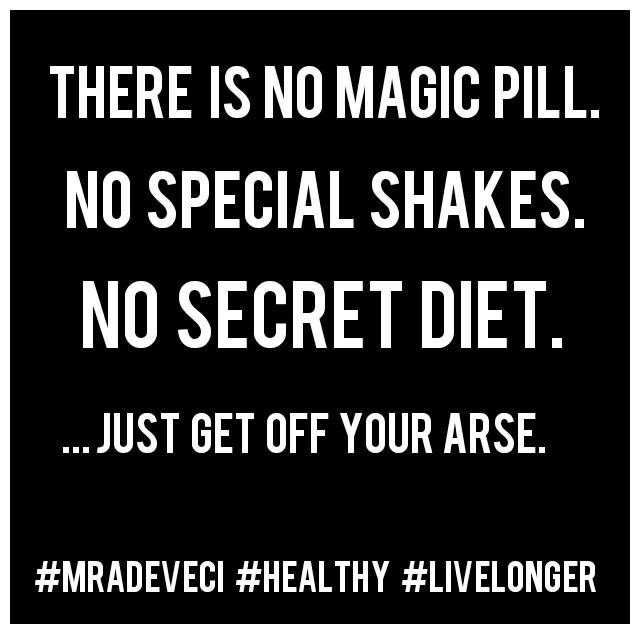 The first thing I had that morning was a black coffee with two sweeteners. Black coffee is good first thing in the morning as not only does it give you that ‘punch in the face’ effect, but it also kick starts your metabolism.

Get in to the office for around 8am, banana for breakfast it was. I opted for a large banana from Tesco and this is about 105 calories. Banana’s are a great source of food, see my post on banana’s here : 25 Great Health Reasons To Eat Bananas

Then I armed my self initially with fruit and celery. I would eat grapes, blueberries and pomegranate casually till lunch time. This meant, that not only did I consume my daily natural sugar allowance, but I also kept my metabolism going so that my body didn’t go into starvation mode.

Lunch: This consumed of either a tuna salad or a chicken salad. At first, I would purchase ready made salad’s from Tesco’s but now I make my own salad everyday. Not only have a lost weight, but I’ve also saved about £35 per week in lunch bills.

Snacks: Between lunch and dinner would then continue with celery sticks. I still continue to enjoy coffee, but without sugar or milk.

Dinner: Being married and living in a family home with 3 kids, I have to thank my wife for supporting me during this fitness period. She would often cook me something different to the rest of the family so that I was able to eat more of the good stuff and less of the bad stuff. There were times when I would have to ask for particular foods based on the research and other food I had consumed that day.

I will post some food examples at the bottom of this post, however as a rule of thumb I didn’t eat anything that was deep fried, potato based and I cut out the bread completely. I minimised my carbohydrate intake, however when that was required I ate brown pasta or wholegrain based carbohydrates.

For several months, my eldest daughter (15 years) had been going running locally on her own and with a friend. I thought it would be a great opportunity to run with her for some enthusiasm and company.

My first run: This was a short 0.9 mile run around the block and felt like it lasted a lifetime. Progressively the gap between me and my daughter was getting bigger and bigger and by the time we had hit the last road to our home, she was well ahead. The next three weeks saw me running every single day, different times, different conditions and I noticed that as everyday went past, my runs were getting quicker, breathing was easier, my recovery time was much much better than before. I then came up with this theory that seeing my daughter run ahead of me was mentally demoralising me more than my physical ability to run faster than her. When you’re able to control mind over matter, it really helps your physical ability in anything you do. I’m quite a head strong person, so armed with this the runs continued where up until today, my daughter is not able to keep up with me on my runs 🙂 – Yes, the wife moans at me all the time and says I should “let her win” sometimes.

This procedure that I have mentioned above continued, after three months the results were finally in.

I would weigh myself every week, at the same time (morning) and enter the results into my Calorie Counter app.

1st October 2014
After three months of eating a 1,200 calorie a day diet, running almost every day and being very disciplined about what I eat, drink and do …. the results were in. 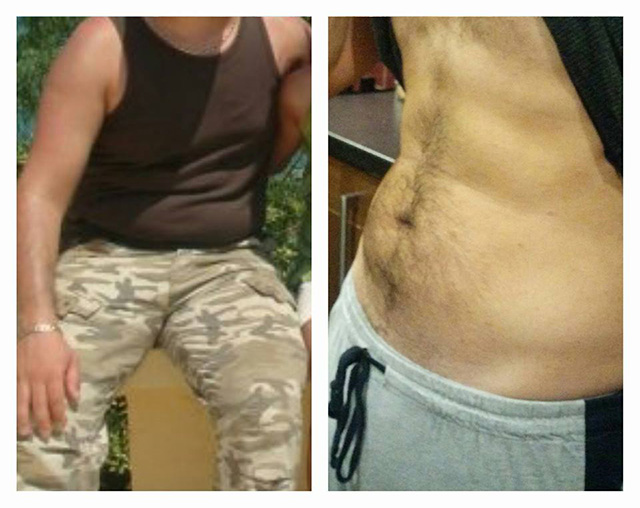 I was down to 10 stone and 7 lbs. That was 2 lbs short of losing 2 stone in just 3 months. I was really happy with the results, but also thought I had lost quite a bit of weight. My clothes didn’t fit me anymore, I had to buy new jeans and shirts. I was happy though as I had never felt so great.

With what I had achieved, I knew it wasn’t over. I needed to stop losing weight now as I was starting to lose muscle mass. I needed to embark on my ‘phase 2’ as I call it. This was now all about maintaining my weight but also increasing my intake to enable me to gain muscle mass. Combining that with some new parallel bars I bought, I was ready to start my strength training. Maybe I’ll leave the progress of the bar work for another post? 🙂

Please see some example dinners below of what I was making and eating. But remember the simple rules, there are no secrets to losing weight, there are no secret milkshakes or pills. It’s quite easy. Just eat healthy (more of the good stuff, less of the bad stuff) and exercise. For me, I found the short intensive training works better than the longer endurance training. Each to there own I guess though.

1) Chicken breast, couscous and corn on the cob with low fat spread. 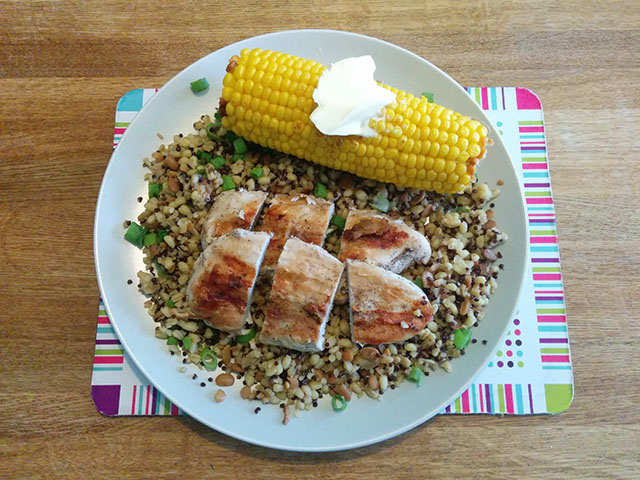 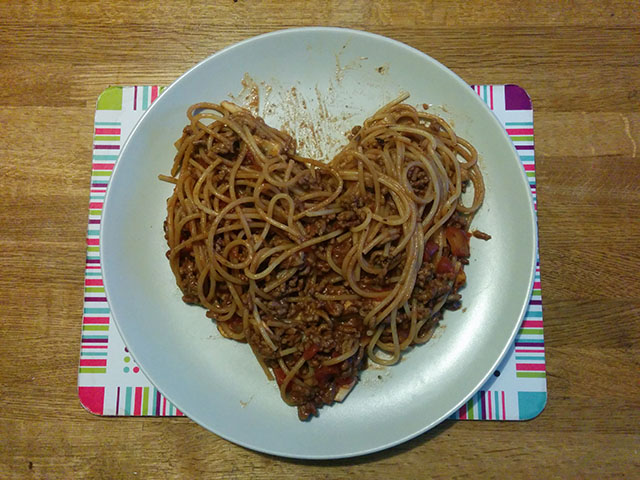 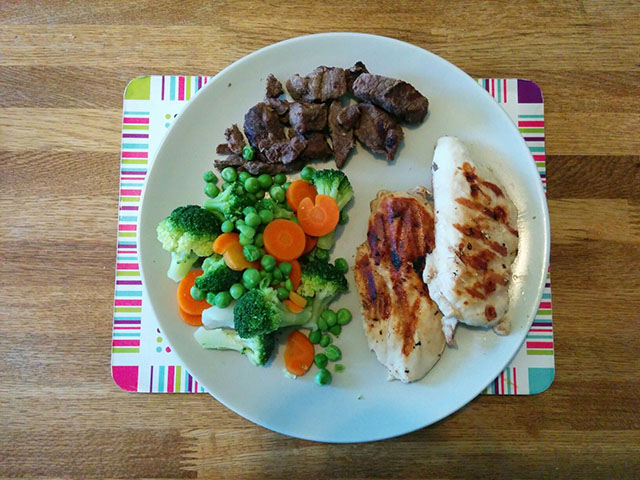 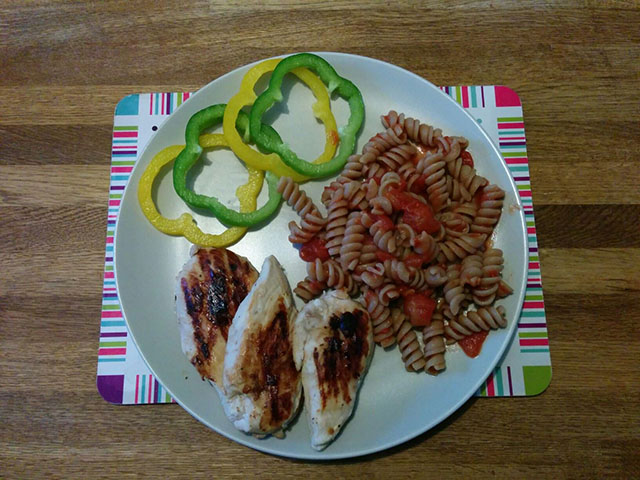 5) Chicken salad with olives, this is my lunch time favourite. 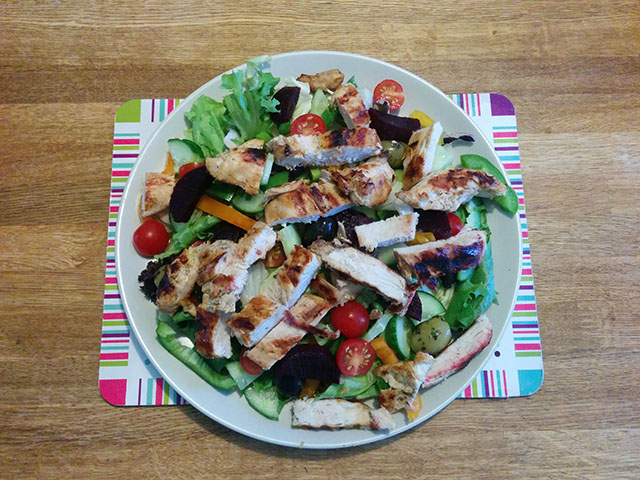 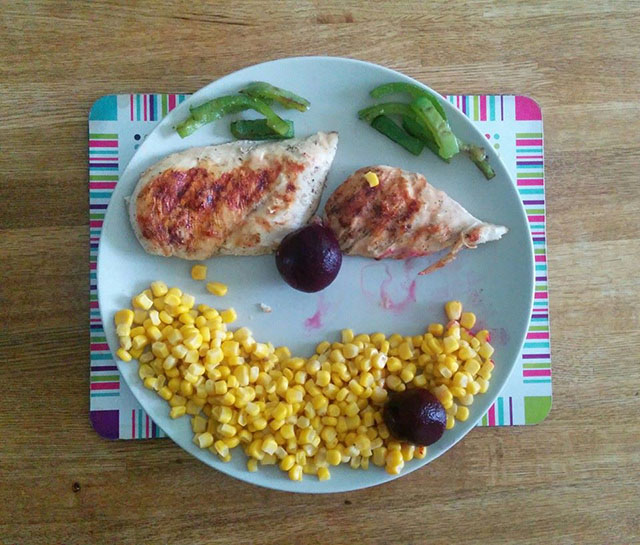 7) This is a naughty, but still semi healthy weekend breakfast! Turkey rashers grilled with duck eggs, peppers and beetroot. I use very little olive oil to prepare this food. 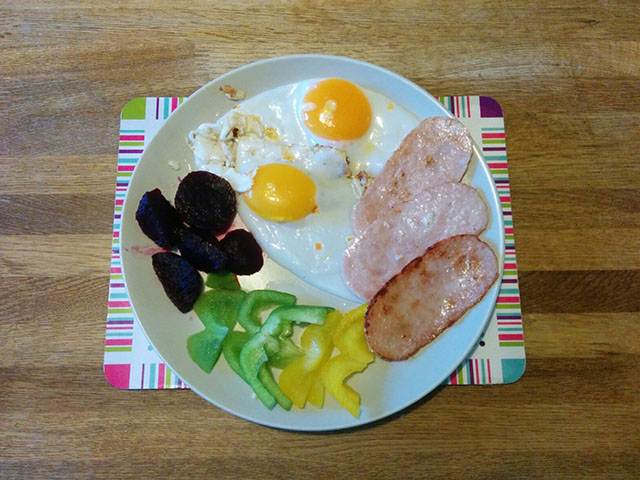 Good luck, if you decide to do something similar. It will be worth it in the end. You can leave comments and feedback below 🙂